Remote Fun Here is a photo taken during the last CQWW SSB. I operated remote, running Win-test. The remoting is done with a pair of Remoterig boxes, a superb solution for remote stations! On these photos you can see the control point (top) and at bottom a detail of the remote station. The CW Key does not appear. CW and SSB QSOs are perfect with this setup.

Everything worked perfectly, and I had a lot of fun. There were no delay issues, and I had to remind myself I was actually more than 100km away from the radio! The station inludes the TS480HX (left), an LDG AT200PC antenna tuner, a remoterig unit ( on the top of the radio) and all power supplies. There is a PC at the remote site, that is being used less and less since I switched to the remoterig. I plan to replace it completly by using a serial device server to connect all serial port controlled accessories directly to the internet. I'll write about that in the future. The whole station is built inside a computer rack:

Now the time has come to upgrade the antenna system. I am currently using an 80m dipole with the LDG tuner to get out on all bands. Fonte: PY1KN Marcelo Gomes.
Postado por 599 DX GROUP às 07:14 Nenhum comentário:

The Maritime Radio Historical Society (MRHS) is a small group of dedicated individuals who share the goals of documenting, preserving and restoring the artifacts of maritime radio history. Our area of specialization is the coast stations, ships and companies of the west coast of the United States. But anything to do with maritime radio anywhere in the world is of interest to us.

Our largest project has been the restoration of ex-RCA coast station KPH which has been returned to operation under the call KSM. The station is on the air each Saturday using both Morse and RTTY. For full details please see the Coast Station KSM section.

Other coast stations were bulldozed almost as soon as they went off the air. By great good fortune the KPH transmit and receive sites are within the Point Reyes National Seashore (PRNS), part of the National Park Service. Exhibiting vision and trust in equal measure the PRNS staff permitted the MRHS to begin work in 1999. We have been on the job ever since.

Dedicated MRHS volunteers are busy with the preservation, restoration and repair of the historic artifacts whith which we have been entrusted. That work is the foundation on which the real goal of our project rests. That goal is to assure that the culture, thechniques and traditions of the men and women who came before us are not forgotten. We feel that the best way to achieve that goal is through actual on the air operations.

We look forward to visits by fellow "true believers" in the importance of the preservation of our radio heritage. Please see the Contact Us section for full detail about visiting us.

We invite you to peruse these pages for details of our work and of radio history.


Contest are timed to the anniversary celebration of the victory of Russian troops in the Battle of Kulikovo Kulikovo battle - a battle with troops of the Russian principalities Horde September 8, 1380 in Kulikovo field between the rivers Don, Nepryadva and Krasivaya Mjecha.

Purpose - to identify the strongest ham-radio contest-man, the expansion of amateur radio contacts between Russia and other countries.

Date - the second Saturday of September

Band - 14 MHz (Observe frequency plan of IARU. Frequencies of 14060 kHz - 14125 kHz should not be used for bonds in the contest, participants must refrain from making QSOs in the international DX-station range.)

Participants - hams of the world, only the individual competition.

Groups:
LP - LOW POWER 100 watts,
HP - HIGH POWER 1000 Watts
S - SUPER no limits
H - Hero of Russian Folk Legends (for Russian participants and participants from Lithuania)
Note:
Hero of folk Russian legends (epic heroes) - radio amateurs of the Tula, Rostov, Bryansk, Novgorod, Pskov, Arkhangelsk, Moscow, Tver, Smolensk and Nizhny Novgorod Regions, Lithuania, Moscow city.
Participants in the above areas be raised in groups LP, HP, S. They can use transmitters with output power up to 1000 watts.
Remarks:
- Team members LP , HP and H allowed the use of diversity antenna placed in a circle of radius of 200 meters,
- Using Networks DX-spotting all the participants,
- SELF SPOTTING allowed only for the group S,
- SO2R allowed to use only for the group S,
- Permitted the use of diversity antenna placed in a circle with a radius from 200 to 2000 meters only for the group S,
- At any given time may be transmitted only one signal,
- Repeated QSOs are forbidden,
- Prohibits the use of assistants in conducting QSOs and for all the contest.

Scoring:
Participants Russia conditionally divided on DXCC for the European (RUS EU) and the Asian zone (RUS AS).
For each complete QSO is charged:
DX with DX - 1 point
DX with RUS - 2 points
RUS EU with RUS AS - 2 points
RUS EU with RUS EU - 1 point
RUS AS with RUS AS - 1 point
QSO with a station Hero of Russian Folk Legends - 3 points
QSO with a station operating from the territory Kulikovo field - 30 points
The final result - the sum of points for QSOs.

Numbers
- Stations operating from the territory Kulikovo field: RST and KP (for example: 599 KP)
- For other participants in the number consists of RST and serial number of QSO (for example: 599001).
Recommended common challenge in the contest: "CQ KP"

Logs
Time, the report stated in UTC.
A report in the Cabrillo format is accepted by only e-mail kpc@ua1dz.net (as an attachment). In the subject line to specify the file name and a blank statement of the Group (eg: UA1AAA LP , K1AA LP , DL1AA HP , EA8AA S , UA3PAA H ).
Submitting a logs "CHECK LOG" welcomed the panel of judges, even if the contest held just one QSO.
For submitting the report - within 15 days after the contest.

Award
Results are brought in groups on the countries.
In Russia, the results are fed separately to RUS EU, RUS AS in groups.
Overall Winner Group LP, HP, S, H awarded medals.
Note: In case of equality of results takes a higher place party has a higher ratio of the number of confirmed QSOs to the amount claimed.

The complete list of areas Hero of folk Russian legends

The sample of the cabrilla for the LOGs 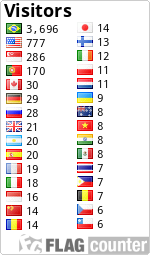